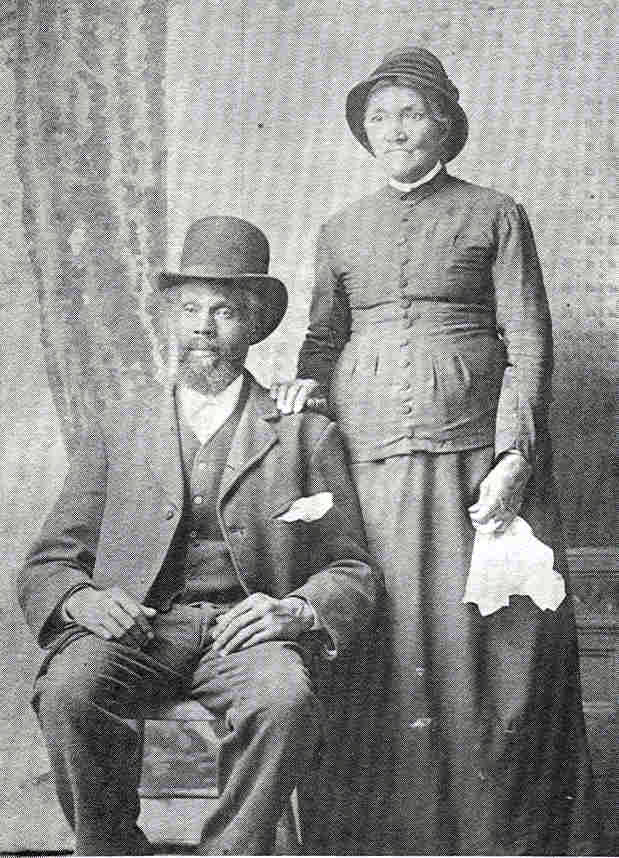 In 1867, John and Sarah Tate and their children left Ohio in a covered wagon and came to Rolland Township, MI, Section 9. John Tate was born in Pennsylvania. He was married to Sarah A. Guy, daughter of James A. Guy, Sr., and Deborah Ridgley-Guy. They lived in Hocking County, Ohio, before they immigrated north to the wilderness of Central Michigan. The Tates along with several other Black families came to this area in covered wagons. John built the first hewed log house in Rolland Township of Isabella County. He owned 80 acres and farmed the land located northeast of Blanchard which is now known as Walton Road. John and Sarah had six children: Deborah, Frances, Russell, Charles, Lovejoy, and Rebecca.