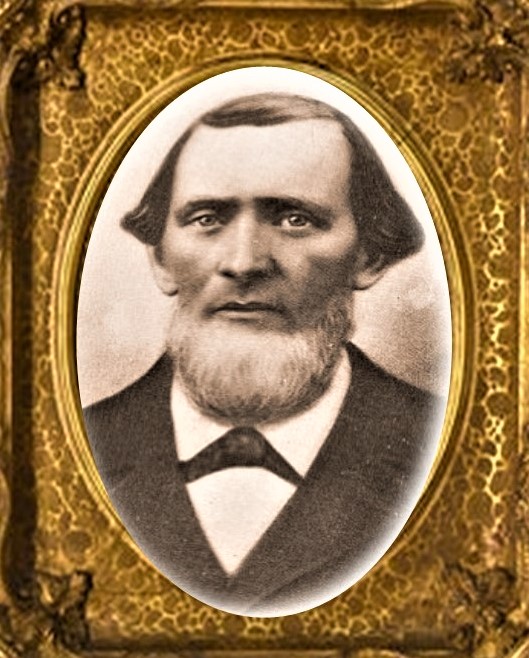 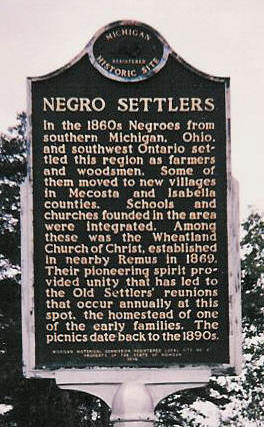 This website is dedicated to the Old Settlers from Mecosta, Montcalm, and Isabella Counties.

I am--a child of the Americas. I am the child of the many Diaspora born into this continent at a crossroads. I am Mecosta, Remus, Blanchard, Winn, McBride, Millbrook, Stanton, Mt. Pleasant, and Big Rapids. I am the son and daughter of many immigrants. African waters the roots of my tree, but I cannot return. I am a late leaf of that ancient tree, and my roots reach into the soil of America. Each plate is different. Europe lives in me, but I have no home there. The table has a cloth woven by one, dyed by another, embroidered by another still. I am a child of many mothers. They have kept it all going. All the civilizations were erected on their backs. All the dinner parties are given with their labor. We are new. They gave us life, kept us going, and brought us to where we are. Born at the crossroads. Come, lay that dishcloth down. Eat! Drink! Eat! History made us, and we are whole.

The first documentation of Negro settlers in Mecosta County Michigan was Doravil Whitney in 1860 and James Guy, who on May 30, 1860, obtained 160 acres in Wheatland Township. By 1873, Black settlers owned about 1,392 acres. The Homestead Act of 1862 allowed each settler 160 acres. Most of the land where Remus is located at that time was owned by these pioneer settlers.

Old Settlers came from Canada via "The Underground Railroad." It was the most dramatic nonviolent protest against slavery in the United States that began in the Colonial Era and reached its peak between 1830 and 1865. An estimated 30,000 to 100,000 slaves used the "railroad" to get to Canada; many others escaped to Mexico, the Caribbean, and Europe.

The majority of the old settlers came from Morgan and Meigs Township, Muskingum County, Ohio. The Lett Settlement was one of, if not the earliest African American settlement in Ohio! The Lett Settlement was also an early link on Ohio's Underground Railroad. As early as 1805, Ohio along with Illinois and Indiana had established Statute Laws or "Black Laws" designed to discourage Blacks, free or slave, from moving into its territory. One law passed in April 1827 required Black settlers to post a $500 "good behavior" bond to stay in the territory.

The Berrys and Todds moved to Michigan in the 1870s from southwest Ontario via the Underground Railroad. The Todds stopped in Remus, and the Berry's went on to Morton Township in Mecosta County, where Webers' Lumber Camp was selling cut-over land. Land sold for $1.25 an acre. The early settlers built log cabins, one-room schools, and fences made from dynamited pine stumps. They kept bees and planted apple trees. Isaac Berry, a blacksmith, made hand-forged bobsleds and skates. They settled down on 80 acres, built a log cabin, and began clearing the land. Berry later built a school, a beach house, and two bathhouses. Lucy Berry became the school's first teacher. Soon Absalom Johnson, another ex-slave, and friend of Isaac Berry's moved his family from Canada to the Michigan community they called Little River in Mecosta County. 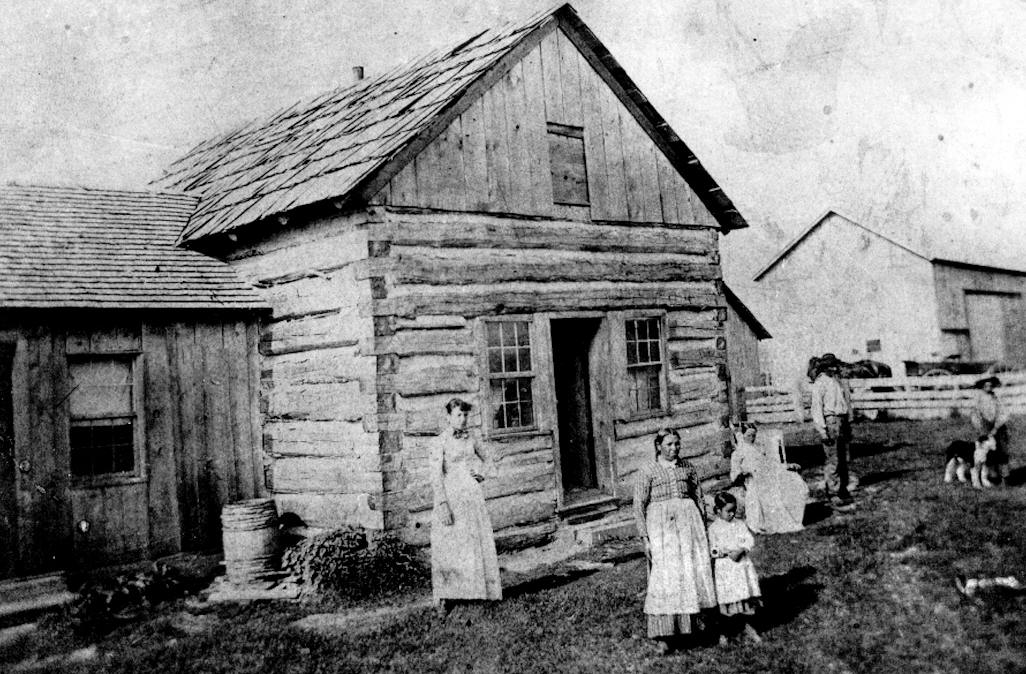 Picture Courtesy of Robert Williams
One of the first homes in Remus, MI - Cummins Log Cabin Home
L - R Standing: Corner of House is Ida. Front is
Esther with daughter Sophia.
Sitting on the right is daughter Marinda.
On the far right is Joseph, Sr. Boy with a dog is
Joseph, Jr. 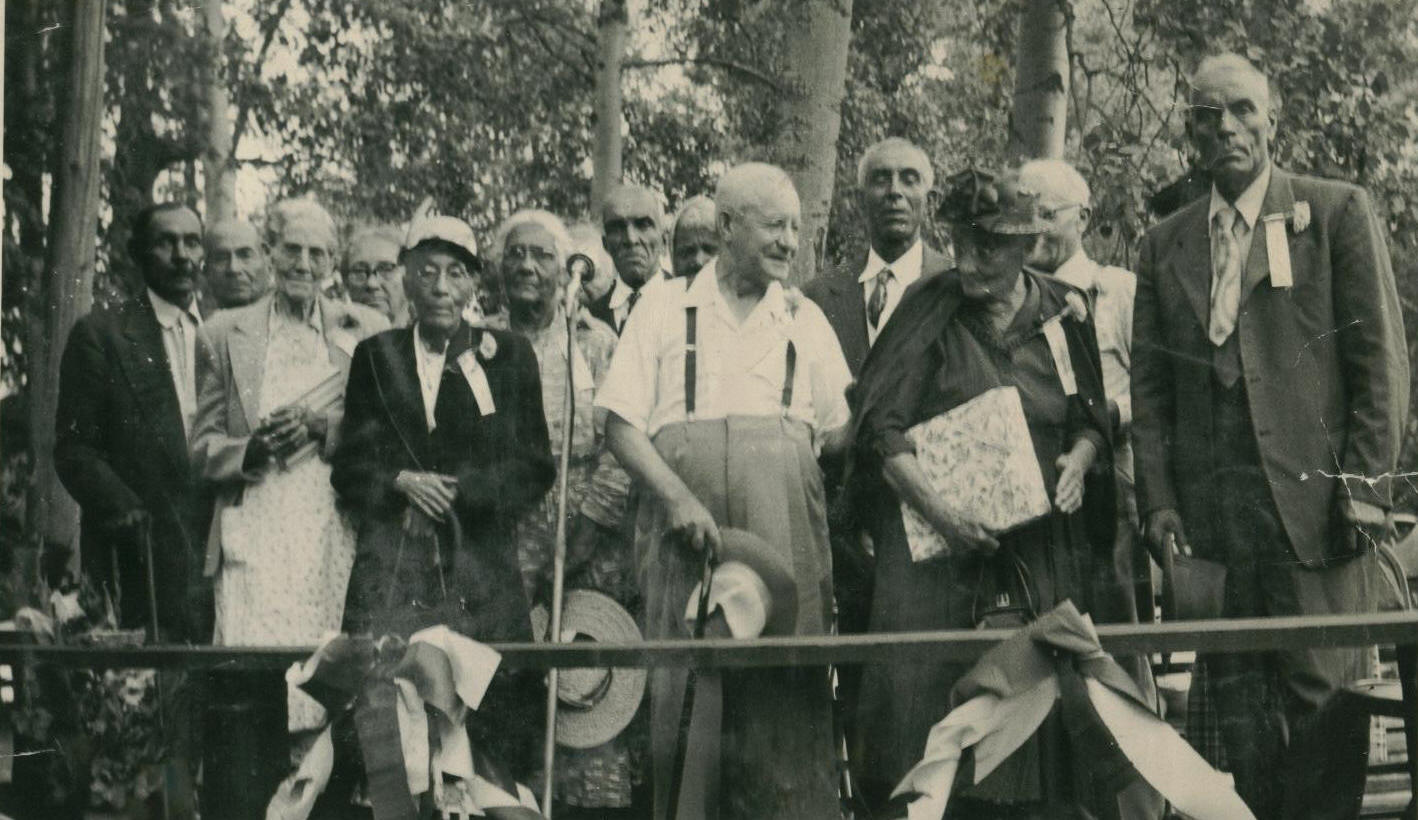 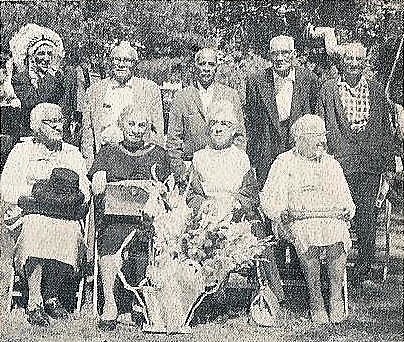 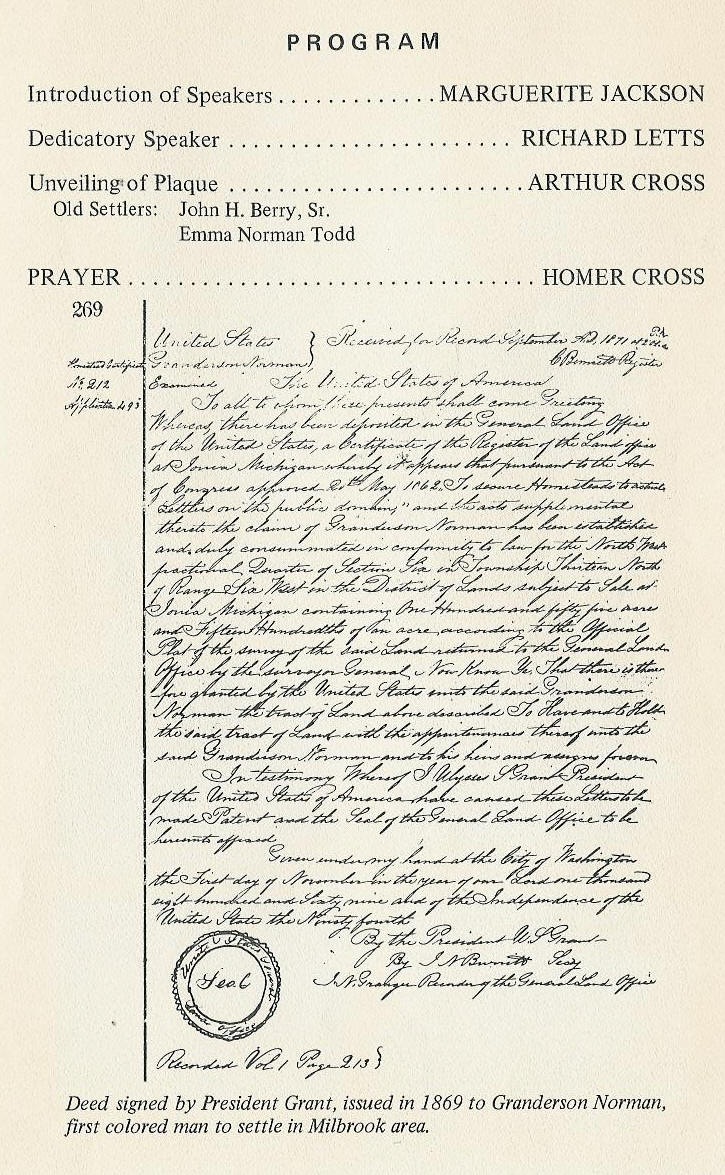 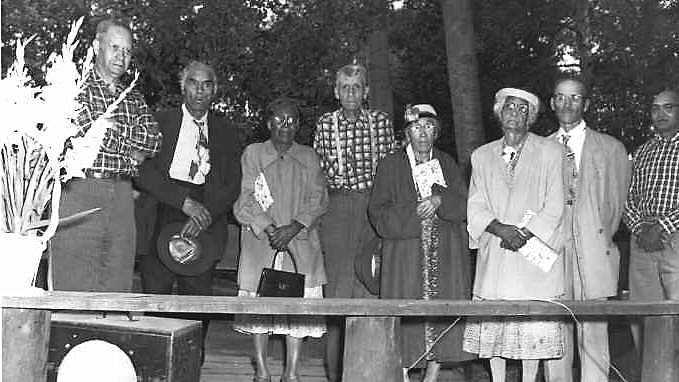 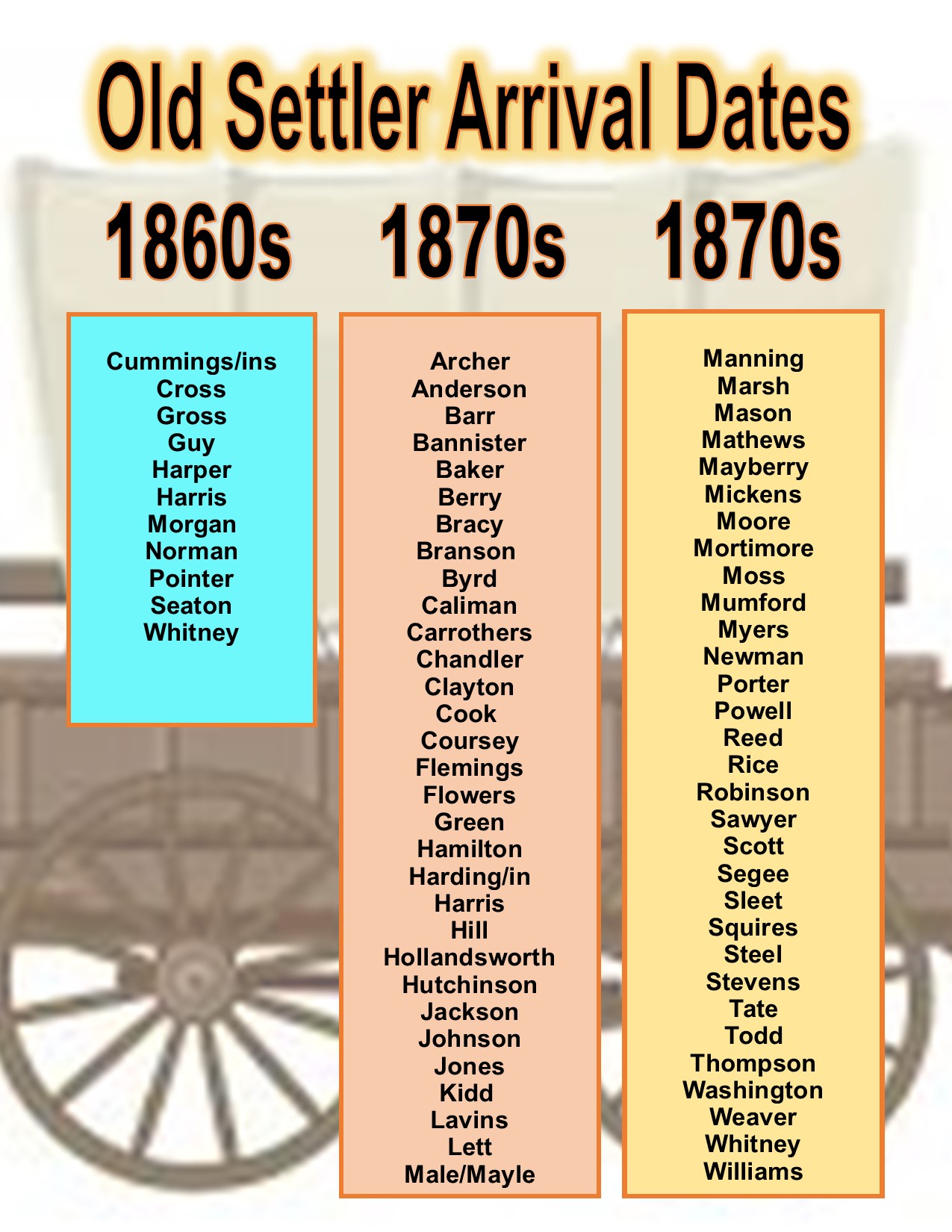