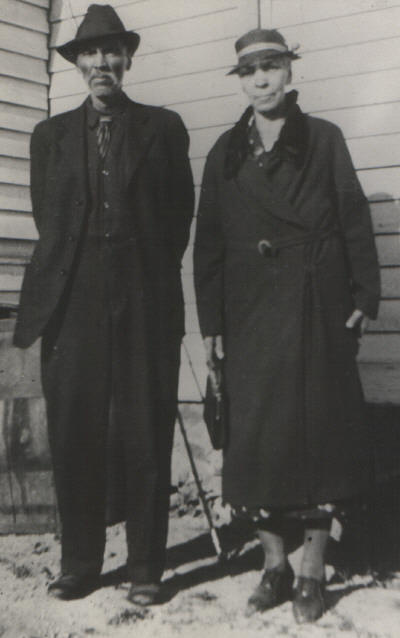 Joseph Cross, the third child of Thomas W. and Catherine (Harper) Cross, was born March 31, 1858, in Hocking County, Ohio. He came to Michigan in 1869. Joseph married Rosanna Lett, 1884 in Remus, Michigan. To this union one son was born, Samuel. Rosanna died shortly after the birth of their son.

Joseph later married Arillia Lett in 1887 in Remus, Michigan. Joseph owned land near Weidman, Michigan, that he farmed. Joe was a kind man with compassion for his friends, neighbors, and family. Joseph and Arillia's children were Lola, Leroy, Edna May, Ida, Janette, Stella, Lela Leona, and two unnamed children that were stillborn.