Charles Mortimer—(1832-1898) was born in Chatham, (Ontario) Canada, and emigrated to Pontiac, MI where he married Rachael Tennant in 1870. He was a Corporal in Co. H 114th (USCT), Michigan Infantry Independent Private Light Artillery. He was the minister for the AME Zion Church in Mecosta, MI. He passed away in Morton Township, Mecosta, MI. Mortimer is buried in Morgan West Wheatland Cemetery, Mecosta, MI. His wife was a cook at Kirvan's Hotel and Restaurant. Stella Lett Chandler Duxbury said that everybody looked forward to the "leftovers" from the kitchen at the hotel.

Rev. Mortimer was the minister who preached at the AME Zion Church built by Old Settlers that was located in Mecosta, Michigan. Aaron Morgan was an Elder and Contributor at the church.  A Mecosta family bought the church property and tore down the church. Colored people in Mecosta complained, and Eva Lett spoke out about the situation, but it was to no avail. 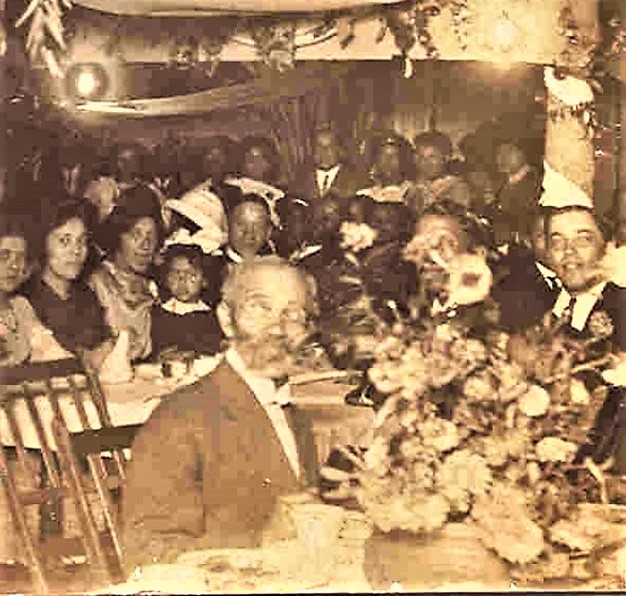 The picture shows the AME Church Basement Stella Washington is standing left of the post wearing white lace on her head. Stella was the daughter of Mozura Washington and cousin of Emmett Porter. Their mothers were sisters.